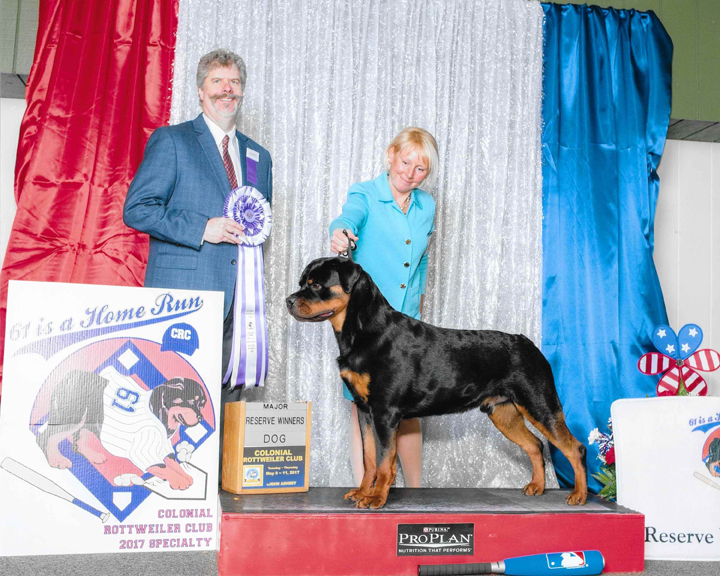 A highlight of his show career was at the age of 11 months when he won both Best Opposite In Sweeps and Reserve Winners Dog at the 2017 Colonial Rottweiler Club Specialty. Hulk finished his AKC championship with 4 majors.

He was such an incredible dog with so  much potential and a fabulous personality to match. I was so looking forward to seeing Hulk mature and potentially be used at stud. Unfortunately, God had other plans for him. Hulk passed away suddenly on October 7, 2019 due to an unknown disease that attacked his liver. He will always be “my buddy.” I love you Hulk.